Have You Ever Eaten Lotus Fruit? 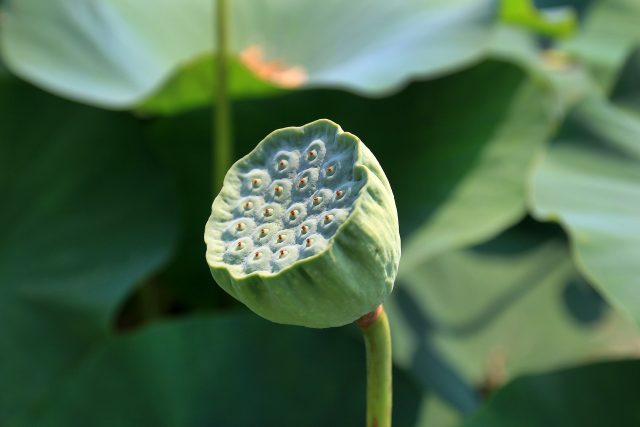 For the modern Greeks, the lotus fruit is the Japanese persimmon, which looks a lot like a large, smooth, hairless peach. I’ve seen it growing in gardens in the province of Lakonia in the Peloponnese, Greece. Personally, I’m not a fan of this particular lotus fruit, it’s dry and leaves your mouth feeling as though it really needs water. It tastes a little like vanilla.

Having tasted this fruit it is hard to believe that it was this that so enthralled Odysseus and his crew of adventurers. Of course, it is reasonable to suppose that the ancient Greek hero stayed close to his homeland, but it is unlikely, given the number of years it apparently took him to get home after the Trojan war.

It is much more likely that he travelled to Asia and encountered the sacred lotus. The sacred lotus, so Homer wrote in Book 9 of the Odyssey, caused Odysseus and his followers to forget the purpose of their journey, which is why some commentators have suggested that the lotus eaters partook of the opium poppy.

However, if you have a look at the seed pods you will see they resemble those of the opium poppy. Each pod holds about 24 seeds. In Cambodia, these are valued as a very tasty snack!

The lotus plant is also valued for its medicinal properties, as it contains nuciferine and aporphine, which are morphine-like substances. This indicates that the sleep of Lethe might well be induced if the plant is ingested. No wonder Odysseus too so long to get home.

Herodotus, the Father of History, thought that the lotus eaters were inhabitants of the Libyan coastal area. However, Herodotus is not always a trustworthy source. In the ancient world eating the fruit of the lotus was believed to cause forgetfulness. Whether this was before or after Homer wrote the Odyssey is open to question.

Perhaps the lotus eaters never really existed. However, they have certainly captured the imaginations of generations. The English poet, Alfred Lord Tennyson, wrote a poem The Lotos – Eaters about them and the idea of them also captured Edith Wharton’s imagination. as can be seen in her novel, ‘The Age of Innocence’. Fans of Rick Riordan novels will doubtless recall the theme of the Lotus Eaters in his ‘Camp Half-Blood Chronicles.’

If you are curious enough to try the Greek lotus, head to the Peloponnese in autumn. I have seen the fruit still on trees in winter (no one seems to harvest it). However, you will have to ask permission to try the lotus fruit. as it is cultivated in the gardens of private homes.

If you liked this article and want to find out more about unusual plants and food, why not visit this blogspot and get some ideas for fusion food recipes? http://herbs-treatandtaste.blogspot.com/