Cinnamon scrolls are variable in taste and recipes. 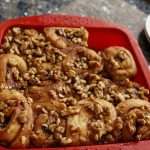 It has been my holy grail to find the best recipe for the best cinnamon scroll. I realise that it is all subjective and a matter of taste. But this recipe wins for me.

I use my bread machine to mix the dough. 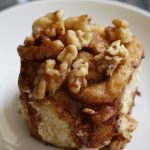